Who is Antonio Brown?

Antonio Brown came into this earth on the 10th of July, 1988 to parents Eddie and Adrianne Brown. The oldest of two sons, Antonio, grew up with his younger brother Desmond. At just ten years old, his parents got divorced, which later would turn out to be a problem for Antonio. At 16 years old, his mother kicked him out of the house because he could not get along with his stepfather. Yes, his mother had already got married to another man. As a result, Brown spent about six months living in his car, motels, and even his friend’s house.

Standing at 5’10” tall, Brown attended Miami Norland High School, located in Miami. Here, he managed to win the North Athlete of The Year Title in 2005. Brown had dreamed of entering Florida State University to kick start his career, but he was not allowed entry due to his poor academic performances. As a result, in 2006, Brown was forced to take classes at North Carolina Tech for about a year.

Once Brown had finished his year at North Carolina Tech, he earned a scholarship to Florida International University. This seemed like the moment Brown had been waiting for, but yet again, his dreams would be put on hold. Brown was expelled from the university before he could join the University team because of a dispute. Just could not seem to get a break. But a close friend of his, Zach Azzanni, offered him a place at Central Michigan University.

Throughout the next few years, Brown would go on to perform at the highest level. His potential was immediately recognized by those around him who tipped him as a superstar in the making. And rightly so, Brown would not disappoint. In 2010, Brown entered the NFL Draft, where the Pittsburgh Steelers picked him as a second wide receiver. His debut came against The Tennessee Titans. Brown’s time with the Steelers was full of ups and downs. In 2013, Brown was part of the team that broke the single-season team record of 1398 receiving yards previously held by Yancey Thigpen back in 1997.

Despite being an astounding player, Brown’s legacy has been continuously tarnished on foot of his off-field antics. He has been fined several times for unsportsmanshiplike conduct both on and off the field. As a result, In 2019, Brown was traded by the Steelers to the Oakland Raiders.

Antonio Brown and His Helmet 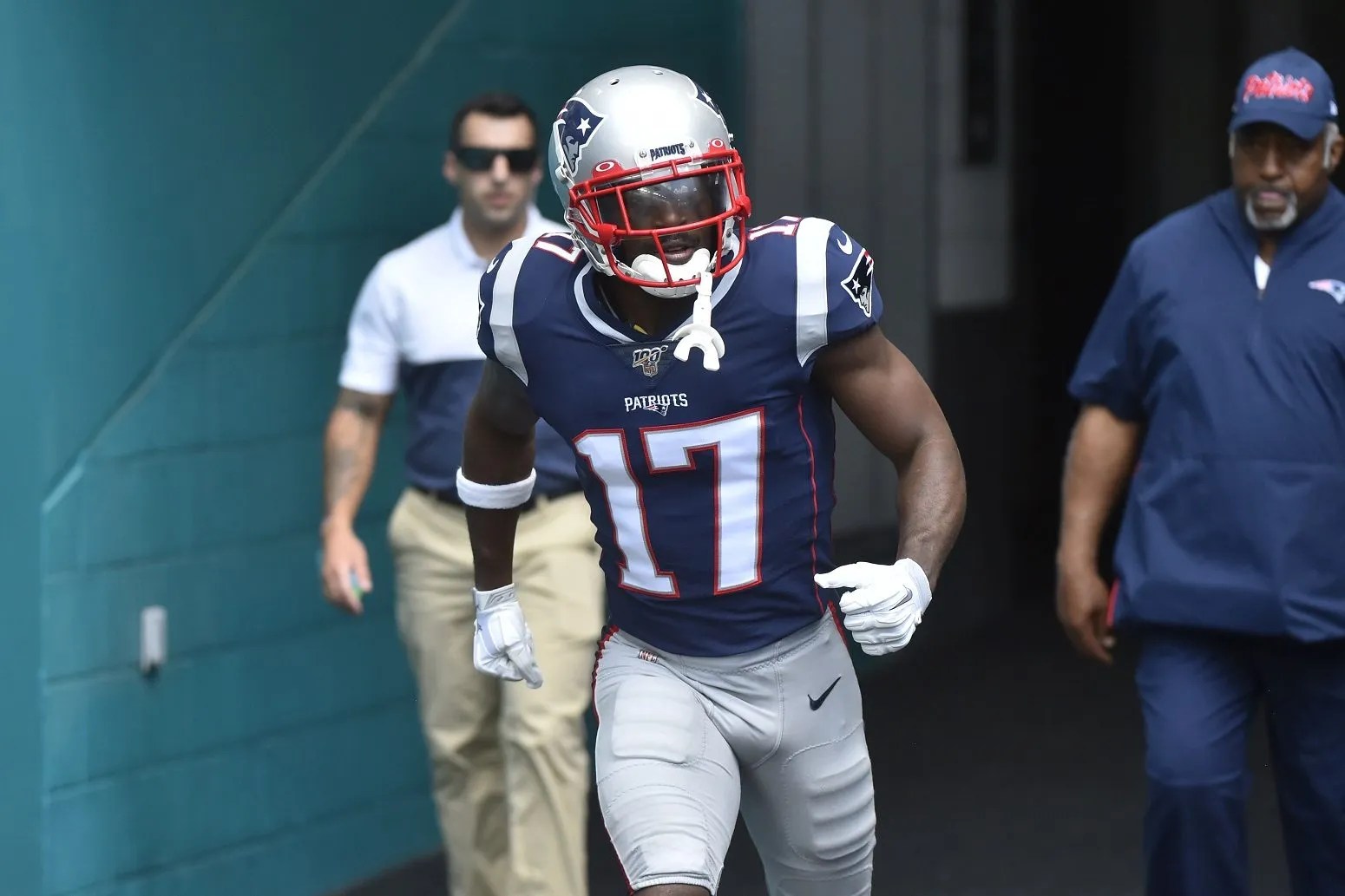 It would seem that Brown’s career would reach new heights with the Oakland Raiders. But yet again, his own doings came back to haunt him—the most famous of them being his love for his helmet. Brown had a very deep affection for his helmet. On the 9th of August, 2019, Brown went on to file a grievance to be allowed to wear his old helmet despite the fact that it was banned. Brown went so far as threatening to retire entirely if he was forced to wear a new one. But his request was denied. The dissatisfaction led to Brown missing many training sessions with the Raiders. He would file a second grievance on the 19th of August, which was also denied.

Following this, Brown would go on to be miss two-team practice sessions with many unexcused absences along the way. For that, he was fined $54,000. Pair that with the fact that he had countless verbal altercations with general manager Mike Mayock whom Brown even threatened to hit. He was fined $215,000 for his actions. But as time passed, Brown cooled down and even apologized for his actions. Maybe, he could have a steady career after all.

But Brown doesn’t seem to keen on having a steady career. On the 7th of September, he requested a release from the Raiders because he guaranteed money had been voided. His request was granted, and Brown was released from the Oakland Raiders. 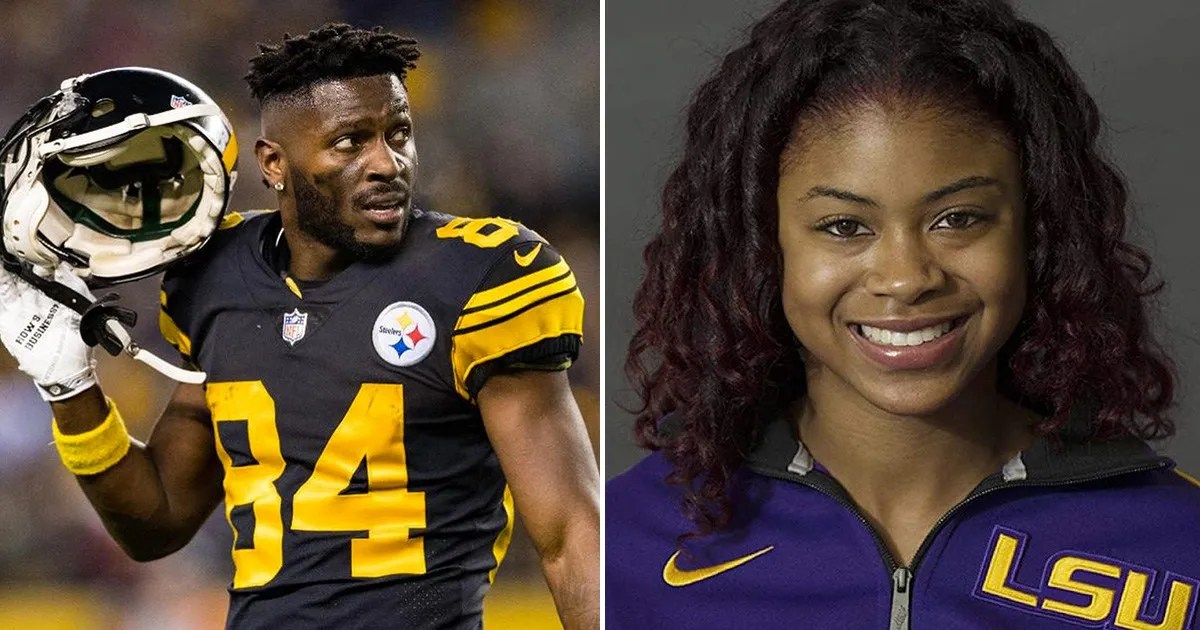 The same day Brown was released by the Raiders, Brown signed a massive contract worth $15 million with the New England Patriots and a $9 million signing bonus included. After years of turmoil along the way, it seemed Brown had gotten a second chance to take his career to newer greater heights with the patriots. But then came the allegations.

Antonio Brown was accused by Britney Taylor of sexually assaulting and raping her. But he still managed to make his debut for the Patriots in Week 2 against the Miami Dolphins. Little did Brown know that it would be his last. As more and more allegations started to come forth, Brown was released by the New England Patriots. He was also handed an eight-game suspension for the 2020 NFL Season.

Some would say Brown’s career has become a sort of a meme. From being charged with misdemeanor battery to felony burglary conveyance, sexual assaults, Brown has destroyed what could have been a remarkable and wealthy career. As of 2020, he’s gone on to retire a few times before eventually deciding to come back. A free agent, Brown is looking to make his return to the NFL. Hopefully, this time, he can make it last a bit longer.

Antonio Brown is currently a free agent, which is why his exact net worth remains uncertain. But if we’re to go back a few years, we can see just how much he managed to bag home. Antonio Brown was one of the highest-paid athletes in 2017. He had a net worth of $20 million to his name. And that’s just his pay package from his career. Brown also managed to bag about $2.5 million through numerous sponsorship.

But all that has since faded away as if it were never there. A once heavy pocket has now been emptied with no signs of ever being filled. There are no reports about his current net worth. But maybe if he cleans up his act, he might be able to bring back some of his lost fortunes.

As of 2020, Antonio Brown is not married. But he is in a relationship with his long time girlfriend, Chelsie Kyriss. Brown does not seem to keen on tying the knot any time soon. But that has not stopped Antonio from becoming a father. He is the father of five children. Three of whom are sons who were born to Chelsie. While the other two, a son and a daughter, were born to his former partner.