Gabi Gregg is an American plus size model, fashion blogger, and fashion designer. She is best known for fashion blog GabiFresh, where she also sells her own line of swimwear for plus-size women.

Due to her contribution in fashion, Gabi Gregg has been featured in several magazines like Seventeen, Glamour, and Teen Vogue.

She was born on 9th September 1986 in Detroit, United States. She has not disclosed the name of her parents. Gabi is of American nationality and her ethnicity is mixed.

She graduated in 2008 from Mount Holyoke College. 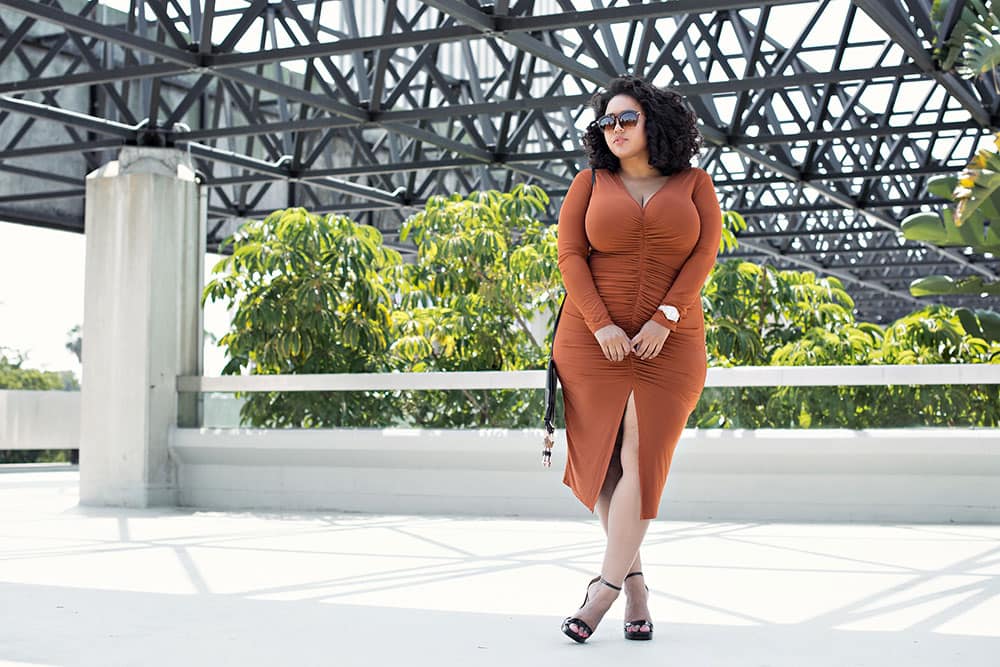 Gabi started writing about lifestyle changes in 2008. Gabi Gregg began her career in 2009 with her fashion blog GabiFresh, where she promotes plus-size women’s swimwear.

After posting a bikini picture on her blog in 2012, the plus-size model made headlines. She took what she learned and turned it into her own clothing line.

Gabi Gregg, in collaboration with Nicolette Mason, created Premme in 2017. These two social-media influencers have advocated to reform body perceptions that can stifle a woman’s ability to succeed. Gregg’s significant contributions have earned her a large following of women of all ages.

Her contribution to fashion and modeling has let her being featured on prestigious magazines like Teen Vogue, and Seventeen.

‘Fat is not a flaw,’ says the video’s introduction. The video then transitions into a music video with Gregg, Munster, and Aboulhosn dancing and lip-syncing to Beyonce’s song. The video shows the trio dressed in sequins, jeans, and crop tops, recreating Beyoncé’s video.

The video ends with a comment made by Huffington Post: “Regardless of how people’s metabolism function, or what they look like, each of us deserves respect, compassion, and can’t be judged by anyone but themselves.”

On May 7, 2014, the video was released. Gregg developed it in response to abuse to encourage body positivity and acceptance.