Rinat Shayna Brodach better known as Rinat Brodach is an Israeli born American fashion designer based in New York. She is best known as the competitor in Amazon’s reality TV series Making the Cut where she won the fifth episode.

Winner of the Fashion Group International Awards she partnered with Puma and sold her clothing on Amazon.

The Israeli fashion designer was born in 1984 in Beer Shava, Israel. She currently lives in New York in the United States. She holds a dual nationality of both Israel and the United States while her ethnicity is believed to be Moroccan and Eastern European.

She has not mentioned anything about her parents and siblings. For her education Rinat attended the prestigious Academy of Art University from where she earned a BFA in fashion designing in 2005.

Brodach’s final thesis held her secure a scholarship in 2010 at The Chambre Syndicale de la Couture Parisienne located in Paris. 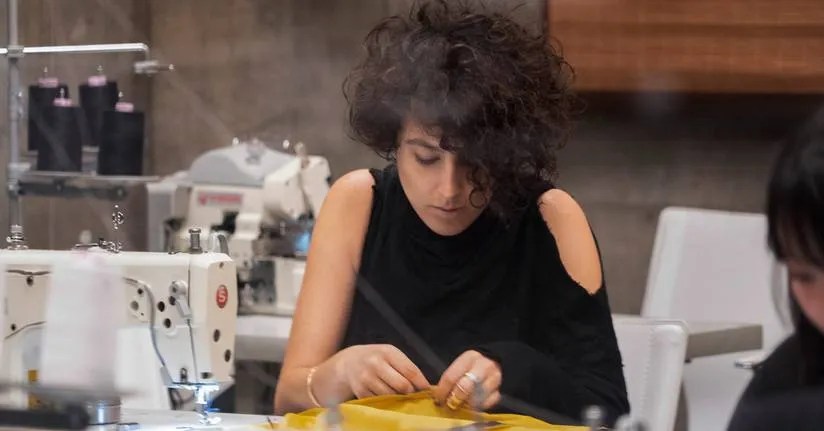 Prior to being a fashion designer Rinat Brodach went to serve in the Israeli Air Force. She later moved to New York city in 2012 where she launched a fashion line of her name in 2014. She prides herself in having a gender-free brand.

She has working several fashion brands like the Steffie Christiaens and her designs have been featured in “Emerging Fashion Designers 2”, a book by Sally Congdon-Martin (2011).

Rinat dressed American actor, singer, and fashion icon Billy Porter for the 24th Critics’ Choice Awards. She is also dedicated to volunteering, and works with Custom Collaborative, where she encourages women to sew.

Rinat Brodach caught eyes of the media when she became a contestant of the reality TV show Making the Cut. In the series she won the 5th episode with the theme streetwear which landed her a deal with Puma. Her clothing was sold on Amazon.

However, she was eliminated in the 6th episode of the show.

The American fashion designer’s net worth is estimated to be about $200,000. Being a renown designer who has also appeared in TV shows she might be earning a decent amount from her profession.

She has not disclosed any information regarding her personal life, and she maintains quite a low-key life, revealing very little of her love life.

Also, her Instagram and other social media accounts are full of pictures of herself and her professional life.