Charlie Zelenoff is a Russian-American boxer known for posting videos of himself viciously defeating his opponents after catching them off guard. He is one of the most loathed persons on the internet as a result of his violent and vicious films.

Charlie Zelenoff is also known for claiming that he has never been defeated in 240 battles. However, no reputable source has corroborated the story. Let’s learn more about this boxer’s life and career since he has earned a reputation as a true bully (or at the very least a pest) in the sport.

The Russian boxer was born on the 27th of July 1988 in Los Angeles, California. Despite his Russian ancestry, he also possesses an American passport. Charlie Zelenoff’s childhood and upbringing are primarily unknown.

He did, however, claim to have liked boxing since he was a child. He became familiar with the sport after watching several boxing matches on television. He attended Los Angeles’ Fairfax High School.

Charlie Zelenoff’s Career as a Boxer 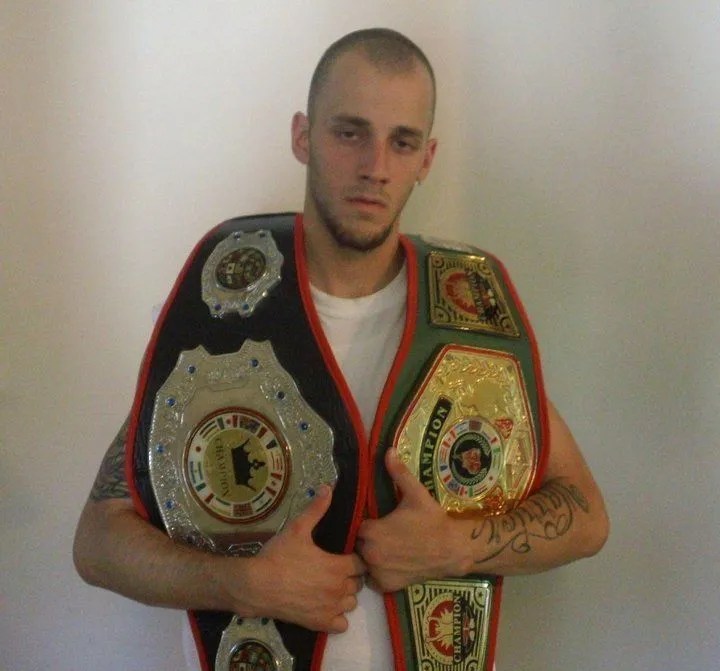 Charlie Zelenoff may have a passion for boxing, but his training and natural skill were insufficient. He could not join a boxing federation, so he decided to take matters into his own hands and declare himself the G.O.A.T. (Greatest of All-Time).

Charlie Zelenoff has a 160-0 record in the Underground Boxing Federation (UBF), and he also has a belt with the words “UBF World Champion” engraved on it. Nonetheless, despite his claims, Zelenoff has never competed in a professional boxing match. Instead, he deceives his amateur opponents and viciously defeats them after catching them off guard.

Zelenoff’s record is 0-1 since he was disqualified in his first official Welterweight contest against Andrew Hartley, according to BoxRec.com.

After being disqualified from his first boxing battle, Zelenoff began a career as a YouTube fighter. He manages the Charlie Zelenoff Uncut YouTube channel, which has over 80k subscribers as of 2021. Zelenoff began posting films on his YouTube account in which he is seen beating up individuals in unusual ways, which became viral.

Charlie Zelenoff has built a name for himself by broadcasting controversial YouTube videos of his bouts, mainly in the gym, where he is shown to confront and knock out other fighters. Even after being pummeled viciously in several battles, he considers himself to be the “greatest boxer in the world.” The type of combat Zelenoff participates in, on the other hand, has enraged his fans.

While the boxer’s videos may not be in the finest of taste, they have piqued the interest of a diverse audience, including fans of his acts and others who are irritated by his bullying techniques.

Zelenoff is seen fighting with a child in one video, which sparked outrage on the internet. Viewers were outraged and harshly attacked the tape, claiming that Zelenoff was unwell and required mental assistance.

In one video, Charlie is shown accepting defeat after a humiliating setback at the hands of a 16-year-old adolescent. When the child was practising with a group of buddies, Zelenoff irritated him by striking him. And, despite his setback, Zelenoff continued to fight anyone, including opponents who were not in his weight class.

When Zelenoff challenged Floyd Mayweather Sr., who was 61 years old, spar with him in the ring during an informal session, the video went viral and caused a stir. He then launched a barrage of powerful punches against Mayweather. On the other hand, Mayweather instantly recovered and battled back, giving Zelenoff precisely what he deserved and teaching him a valuable lesson.

Mayweather was seen striking Zelenoff in and out of the ring, and the footage quickly went viral, garnering over 4 million views. Mayweather later asserted that he was not prepared for a fight and that Zelenoff had caught him off guard, forcing him to respond.

Another of Charlie Zelenoff’s films that went viral was his challenge to Deontay Wilder, one of the finest heavyweight fighters in the world today. Charlie Zelenoffdialled Wilder’s number and riled him up using profanity and talking about his family.

Wilder then gives Zelenoff the thrashing of his life in the gym, where he goes regularly. Zelenoff is shown sprinting around the ring trying to get away from Wilder, but he repeatedly slams him down. The only thing that kept Zelenoff alive was the audience’s involvement, which saved him from the 6’7″ heavyweight beast.

Diara Zelenoff is Charlie Zelenoff’s wife. Despite Charlie’s reputation as a bully on the internet, he and his wife have a love relationship, and she is a source of inspiration for him.

How much Charlie Zelenoff’s Net Worth in 2021?