Bronny James was born as LeBron Raymone James Jr. on the 6th of October in 2004, in Cleveland, Ohio. He is an American citizen of African-American ancestry. The 16-years-old basketballer is the son of LeBron James and Savannah Brinson.

He has a brother named Bryce Maximus James and a sister, Zhuri James. Chris Paul, an NBA All-Star, is his godfather. 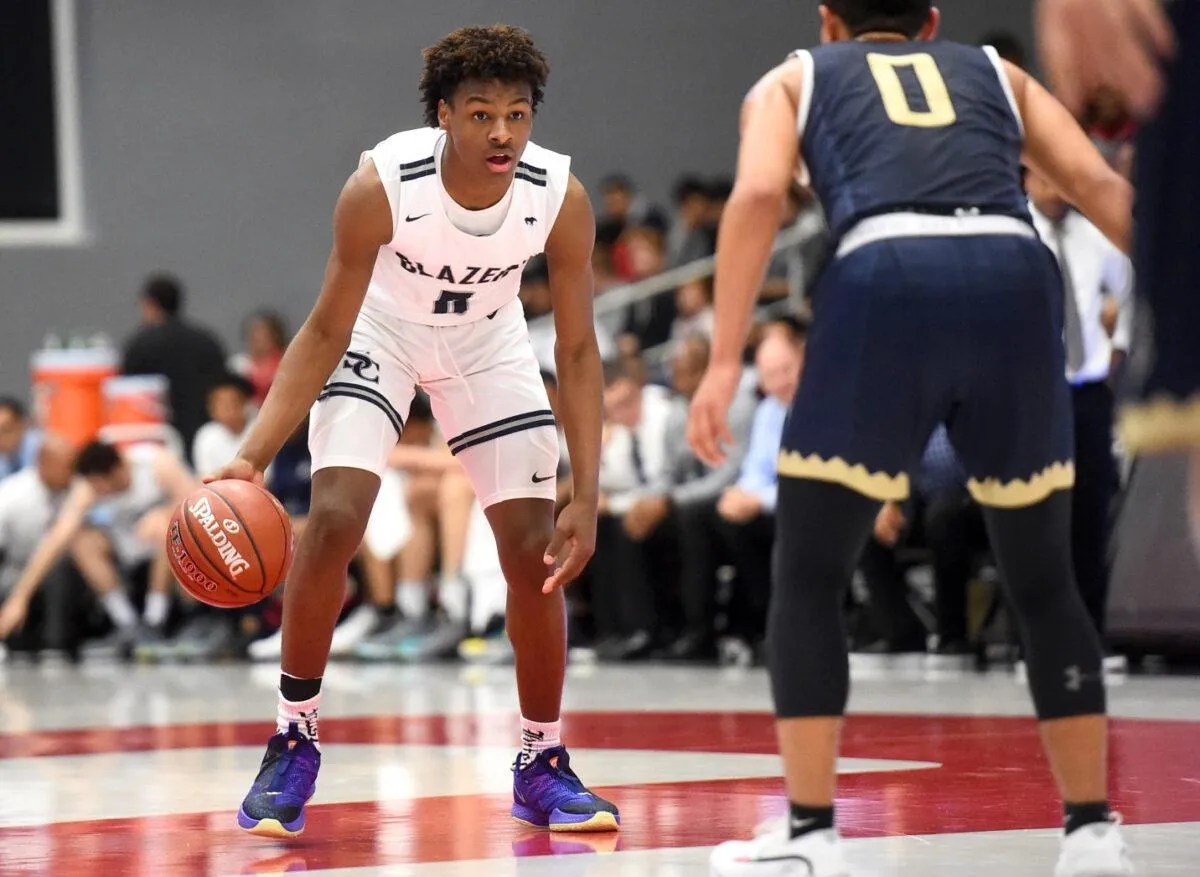 Until 2014, James was included in basketball highlight reels that attracted national recognition. James became the key player of Old Trail School in Bath Township, Summit County, Ohio, in February 2018. He joined the middle school, which went on to win the Independent School League competition. Before high school, James was a member of many Amateur Athletic Union (AAU) basketball teams.

He competed in a 4th grade AAU competition with the Miami City Ballers when he was nine years old. Fortunately, he caught the attention of Kentucky Wildcats head coach John Calipari. As a result, James led the Gulf Coast Blue Chips AAU team to the League Dallas/Hype Sports Summer Jam 4th-grade title in June 2015.

In March 2018, Bronny helped the North Coast Blue Chips win the John Lucas All-Star Weekend in Houston. In addition, his Blue Chips went undefeated and won the under-thirteen title in the NY2LA Swish ‘N Dish competition in Wisconsin on April 2, 2018.

In June, James competed for the same team in the Jr. National Basketball Association (NBA) Midwest Championships, where he faced 9th-grade opponents and advanced to the quarterfinals. As a result, Bronny was accepted into the AAU squad Strive for Greatness in the under-sixteen Nike Elite Youth Basketball League (EYBL) in Indianapolis in April 2019, despite being younger than most competitors.

Then, in 2021, his 247Sports.com enlisting profile includes Kentucky, Duke, Kansas, North Carolina, and UCLA as schools of interest, with Kentucky being the sole one to offer a scholarship. 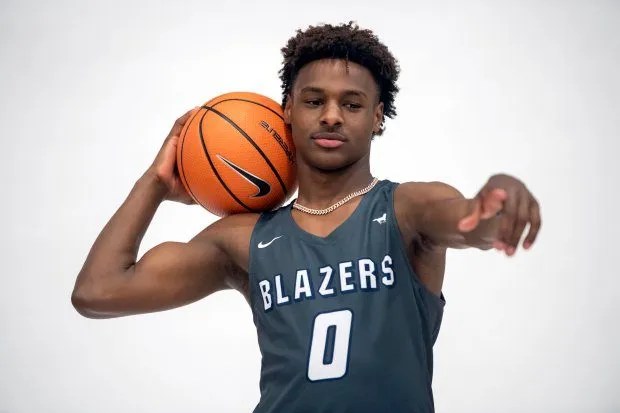 The James family live in Coconut Grove, where LeBron bought a $9 million three-story house with a view of Biscayne Bay. In November 2015, James paid $21 million for a 9,350 square-foot (870 m2) East Coast-style house in Brentwood, Los Angeles.

The basketball player is currently single. However, people suspected he was dating Peyton Sama, a TikTok star, in September. He was also seen flirting with Damon Wayans Jr.’s daughter, Amara Wayans, in February.

Similarly, in November, the basketball player was once again linked to Isabella, an Instagram celebrity. But, again, it was because they exchanged emoticons in the comment sections of one other’s posts.

Bronny posted a video of himself smoking marijuana in September 2020. He sparked a heated debate as a result of the video. The video, however, was eventually removed. Some individuals were able to download his footage from his social media account swiftly and subsequently mocked him for it.