Social media has given a unique yet fast way for influences to showcase their skills in front of millions of people. With the ever-increasing inclination of teens to the internet and its derivatives, people booming on Social media overnight is no longer surprising. With more and more social platforms getting introduced to the masses every year, social media celebrities’ count is also increasing accordingly. Let’s take a look at the story of Nessa Barrett, a young and beautiful talent cementing her feet in the global entertainment. 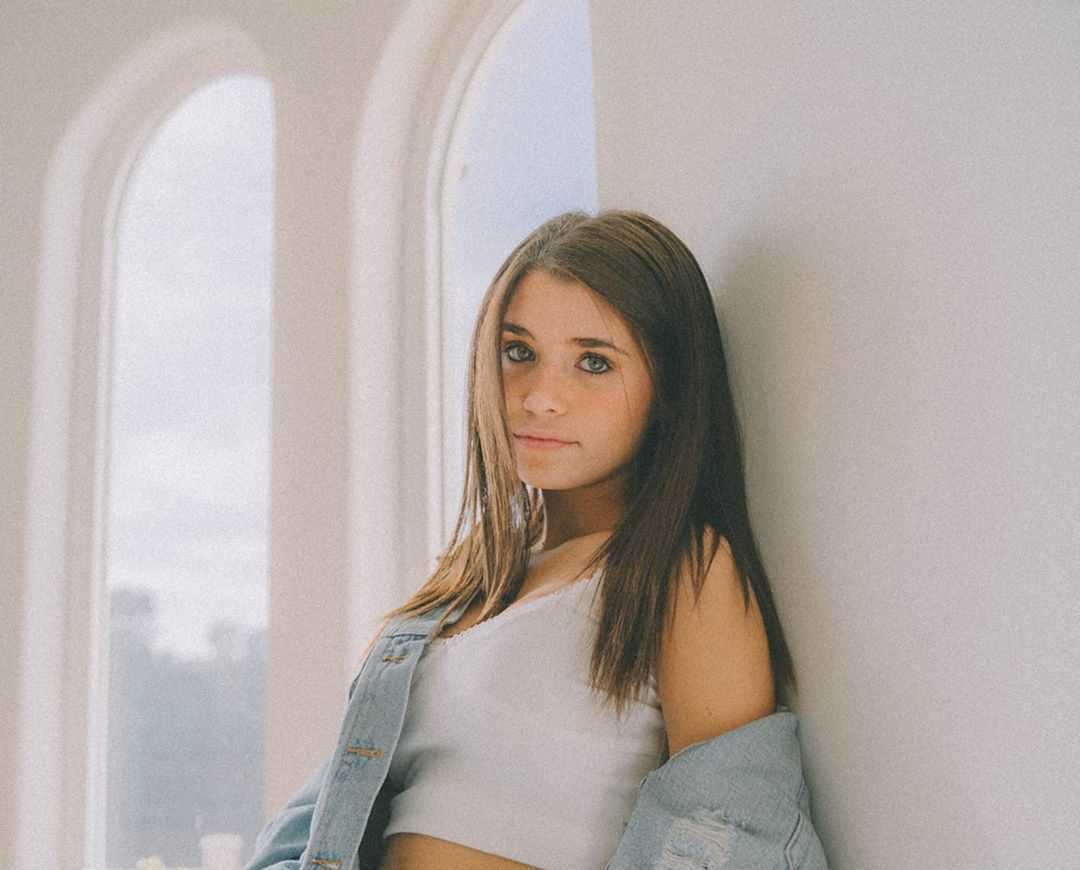 Well, I might have given up something for our readers with the “young” part in the previous line. So, how old is Nessa? As it happens, the girl is just eighteen years old. She stands at a medium height of 5 feet 3 inches as stated from trusted sources, but her career heights are nowhere near reasonable standards. Nessa celebrates her birthday on the 6th of August every year. Born in 2002, she belongs to the Leo constellation family.

Nessa belongs to American nationality and white ethnicity. Sources also reveal that she is of Puerto Rican descent. Her current address happens to be Absecon, New Jersey. Nessa has kept mum about her family details. Finding details on her mother and father is hard, but she often includes her brother Julian in her TikTok videos. Other than that, we know she has a little sister whom she credits as the one who got her into the whole TikTok media.

So, what about her education? Most of you guys might be wondering if her social media career has affected her training. Don’t worry; the girl has her priorities right. She is currently on her way of becoming a high school graduate.

Nessa’s TikTok journey started with a video on the 31st of March, 2019. The footage quickly amassed over 253,000 views on the platform, which is a great feat considering it was her first video. From that point onwards, the media personality has only moved forward in her career. Her videos gather over four million views on average. Yes, these include the ones where she lip-syncs someone else’s conversation too. The perfect example of such a video is her mouthing a scene from the show “Keeping up with the Kardashians” between Scott Disick and Kourtney Kardashian.

Fast forward to the present statistics, Nessa boasts a massive following of over 6.1 million on her official TikTok profile by the name of “@nesssabarrett.” Not too shabby, right? The fantastic thing is, Nessa does not perform intricate dance choreography like Charli D’Amelio. Most of her videos are lip-syncing, and that is enough to drive millions crazy. She prefers rap music for her videos and does vlogging and simple dance videos too on the side. Her popularity has crossed the TikTok seas and landed on Instagram, where she celebrates more than 1.6 million followers.

With fame comes troubles and I mean, a little slip here and there can have a snowball effect and harm you many times fold. Such kind of situation happened with our lovely Nessa too. In a recent TikTok video released in April of 2020, Nessa and her friend danced to audio, which amassed a lot of internet criticism. And no, it is not because they had sloppy dance moves. The sound they danced was a part of the prayer from the holy Quran, and the man was singing his prayer in the official video.

Nonetheless, the situation escalated, and our star had to go through a lot of backlashing. Nessa later apologized for the video on TikTok live streaming. She then made an apology video on Instagram and said that she used the audio without knowing its sacred value. She just thought the man reciting the slogans was kind of cute.

Despite multiple apologies, people are not yet convinced with the teenage star. The number of hate comments has made the TikToker disable the comment section on some of her videos. She shared that the hate has started inflicting on her family members, and she finds such collateral damage very concerning. 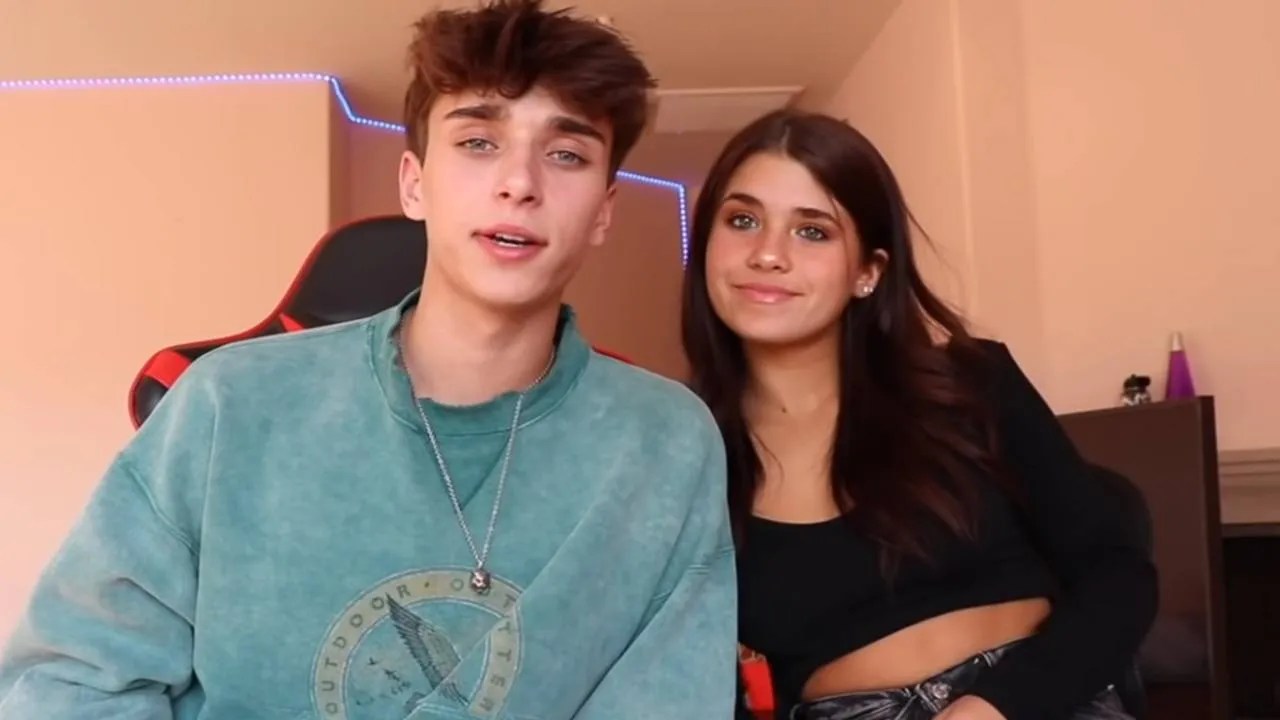 Nessa is a beautiful girl, and there is no denying that hundreds of boys are continually updating their knowledge of her relationship status. The TikTok star has her relationship life quite transparent and shares her ups and down with her social media family. Barrett started dating fellow TikToker Josh Richards since the October of 2019. They confirmed that the romance sparked when Richards DMed Barrett asking for her Snapchat username.

Josh is a TikTok A-lister himself and is a member of the “Sway House.” He is famous for his dance videos, comedy, and vlogs. In case you are not familiar with the name, the Sway House members are a group of TikTok celebrities that work together for better video ideas and collaborations. They operate under the talent management company TalentX and include other famous personalities like Bryce Hall and Nick Bean.

One time, Josh had somewhat of friction going on between him and another TikTok celebrity Chase Hudson. And you guessed right; it was because Chase (LilHuddy) allegedly sent some messages to his then-girlfriend Nessa. Richards put out a diss track on the 20th of March with the title “Still Softish.” Richards denied that the video was directed towards Chase in his YouTube video released on the 20th of March but, fans think otherwise.

Yes, the lovely couple decided to part ways after a successful relationship of eight months. Josh and Nessa shared some lovely time from October of 2019 and announced their breakup in June this year. They shared the news via a video on Josh’s YouTube channel. As for this separation, they said they needed time to grow and mature as individuals. They further added that they were pretty serious about the relationship but not ready to commit yet.

The news of Nessa and Josh breaking up had just started fading away when our girl decided to kiss Chase Hudson and step back on the highlights. Yes, the girl kissed Chase right after her breakup. But that is not what’s trending now. As it happens, Chase went to Charli D’Amelio’s house after the incident and didn’t bother telling Nessa. This has created a storm amongst the TikTok community users. In response to this commotion, Nessa shared that she was tired of being everyone’s scapegoat and did not want to talk about the situation anymore. She told People that she gets hate for everything she does and hates getting online these days.

With such a huge fan following and popularity, one cannot help but wonder the teenage girl’s actual earnings. The multitalented Nessa takes home around $250 thousand according to 2019 readings. Such numbers are thanks to her brand endorsements, which include big names such as OG Scrunchies, Novashine, Major Wavez/Vintage Wavez, and Chill Vibes.