Twan Kuyper is a YouTube personality from the Netherlands. Twan Kuyper has over 1.75 million followers and is known for sharing improv skits, competitions, and vlogs.

As an actor, Twan has appeared in TV series like King Bachelor’s Pad and as Teddy Von Sant in Date of Honor. Furthermore, Kuyper has also acted in the movie Woman on the Edge as Ken Rawlston.

He was born in Leeuwarden, Friesland, the Netherlands, on February 19, 1996. Twan Kuyper is his given name. His father is a wealthy businessman named Martin Kuyper, and his mother is Angelique Osinga. Twan is of Dutch nationality, but his ethnicity is still unknown.

Kuyper has half-siblings as his biological father and mother split and remarried to another partner. He has three siblings, including Jasper Kuyper, also known as Jaz von D, and Timo Kuyper (younger half-brother). Lisa, his younger half-sister, has also made an appearance on his YouTube channel.

Moving on to Twan Kuyper’s educational experience, he attended a high school where he studied business administration. Still, after graduating from high school, he decided not to further his studies and instead pursued a career as a model.

What is Twan Kuyper’s age?

When it comes to Twan Kuyper’s personal life, he began his career as a model and was well-known for his modelling work with Next Models’ Miami division. Twan had previously been a critical player in several photoshoots, print ads, runway, and modelling shows.

In early 2015, he started his Vine account after being introduced by his best friend, Lele Pons. He rose to fame and stardom in just seven months. Following that, he became well-known as a Vine star, which America adored.

He credits his friends with his rapid rise to fame in countless Vine videos, which has made him one of the most well-known Viners of all time. The Viner mates include Lele, Rudy Mancuso, Christian Delgrosso, Bart Baker, Alec Bailey, Hayes Grier, and Nash Grier.

In 2015, he starred in the film ‘Fifth Harmony: Worth It, PARODY,’ and in 2016, he appeared in the films ‘Woman on the Edge’ and ‘The Broken Record.’ Twan has had the opportunity to consult with Kevin Hart on occasion. Twan’s favourite comedian is Kevin, and just walking around with him in a video is enough for him.

In addition, on March 29, 2015, he started a Youtube channel called “Twan Kuyper” and posted his first video titled “Rock Paper Scissors with Lele Pons.” With 10 million views, his videos “Exposing our Relationship w/ LELE PONS” and “NEVER WANNA BE SINGLE AGAIN!!! w/ Lele Pons -Twan” are his most successful.

Twan has over 1.77m subscribers on YouTube, where he has uploaded 75 videos.

Kuyper started his modelling career at the age of 16. In 2018 he signed into 26MGMT and has worked with famous fashion brands like Versace and Dolce & Gabbana. 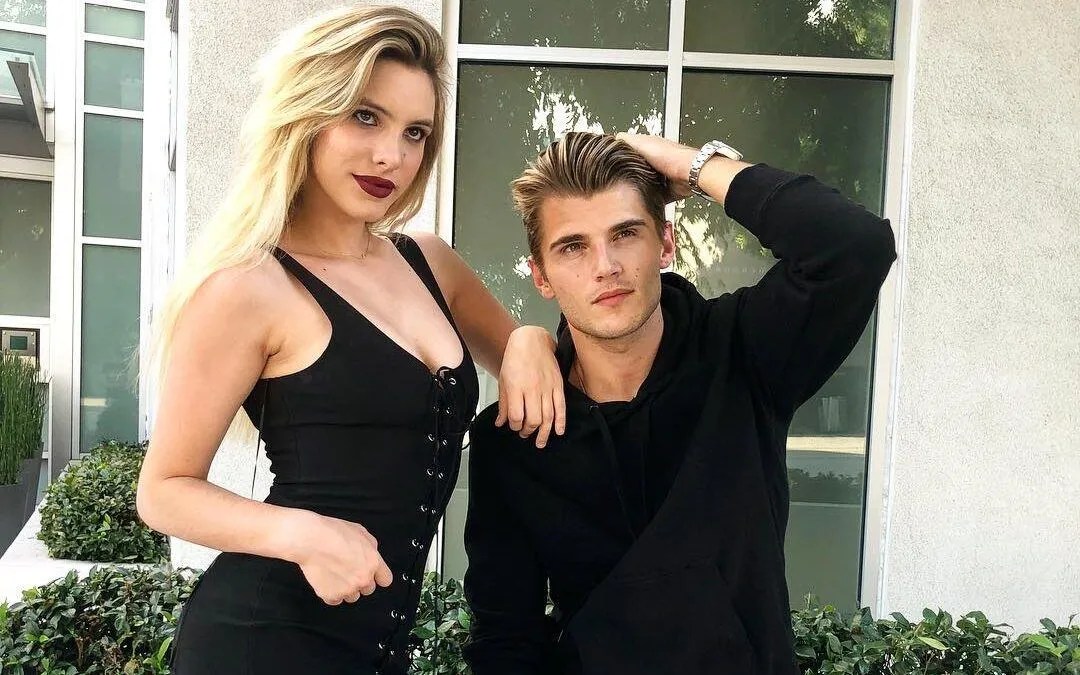 Twan Kuyper is reportedly single, according to his relationship status. His female fans sometimes ask if he is dating anyone because he is such an attractive guy. Some of his followers, though, mistook Lele Pons for his mother. He considers her to be his closest mate.

He previously had relationships with fitness model London Shay Goheen (2017–2018) and Internet celebrity Hannah Stocking (2016–2017). However, on one of his latest tweets, he captioned a picture with Hannah Stocking as his best friend.

Furthermore, he has maintained a favourable profile and has not been involved in any subversive activities.

Similarly, he has about 272k Facebook followers. In addition, Kuyper’sYoutube channel has over 1.63 million viewers. He’s already got a second channel called Twan Kuyper, which has 418k subscribers.

Stunning hunk Twan Kuyper has a great personality and a healthy body. He is a dedicated, enthusiastic, and determined individual. As a model, he stands at 6 foot 2 inches (188 cm) tall and weighs about 74 kilograms. He also has a pair of emerald, green eyes, as well as blonde hair.