If you have not heard the name Billie Eilish to this day, you must really be living under a rock. And even if you were, we’re pretty sure you’ve listened to Billie Eilish at least once. She’s not like anyone you’ve ever come across. She’s a pop icon. And she’s just eighteen years old. The world wasn’t ready for Billie when she first came into the limelight but be assured; her name has already been etched into pop culture history.

So read on and find out about the eighteen-year-old sensation who’s making headlines left right and center.

American singer & songwriter Billie Eilish Pirate Baird O’Connell was born on December 18th, 2001, in Los Angeles, California. The youngest of two children to parents Maggie and Patrick O’Connell, Billie grew up alongside her older brother Finneas O’Connell who, as per her, is her inspiration. Her mother is a teacher, an actress, and a screenwriter while her father is a construction worker who has also worked part-time as an actor. Billie stands at the height of 5’4″ tall and is of Irish and Scottish descent. She was homeschooled by her mother, who also taught Billie and her brother the basics of songwriting.

A world-renowned pop-star, Billie has always been criticized for the way she dresses. Her baggy clothes and her eccentric dressing style has always brought her criticisms. But that has not fazed her a bit. She’s stated that she dresses the way she does because she does not want others to sexualize her and her body the way they do in the media. She’s happy with who she is and how she dresses and does not feel the need to change it for the sake of others. Hats off to the young star!

With countless hit songs, and a trophy cabinet full of awards, there comes a question. How much is Billie Eilish’s Net Worth? Well, as of 2021, the eighteen-year-old pop star has a net worth of $25 million to her name. And it pretty sure the number is going to keep on growing as the years go by. Maybe in a few more years, the numbers might reach double or even triple figures. 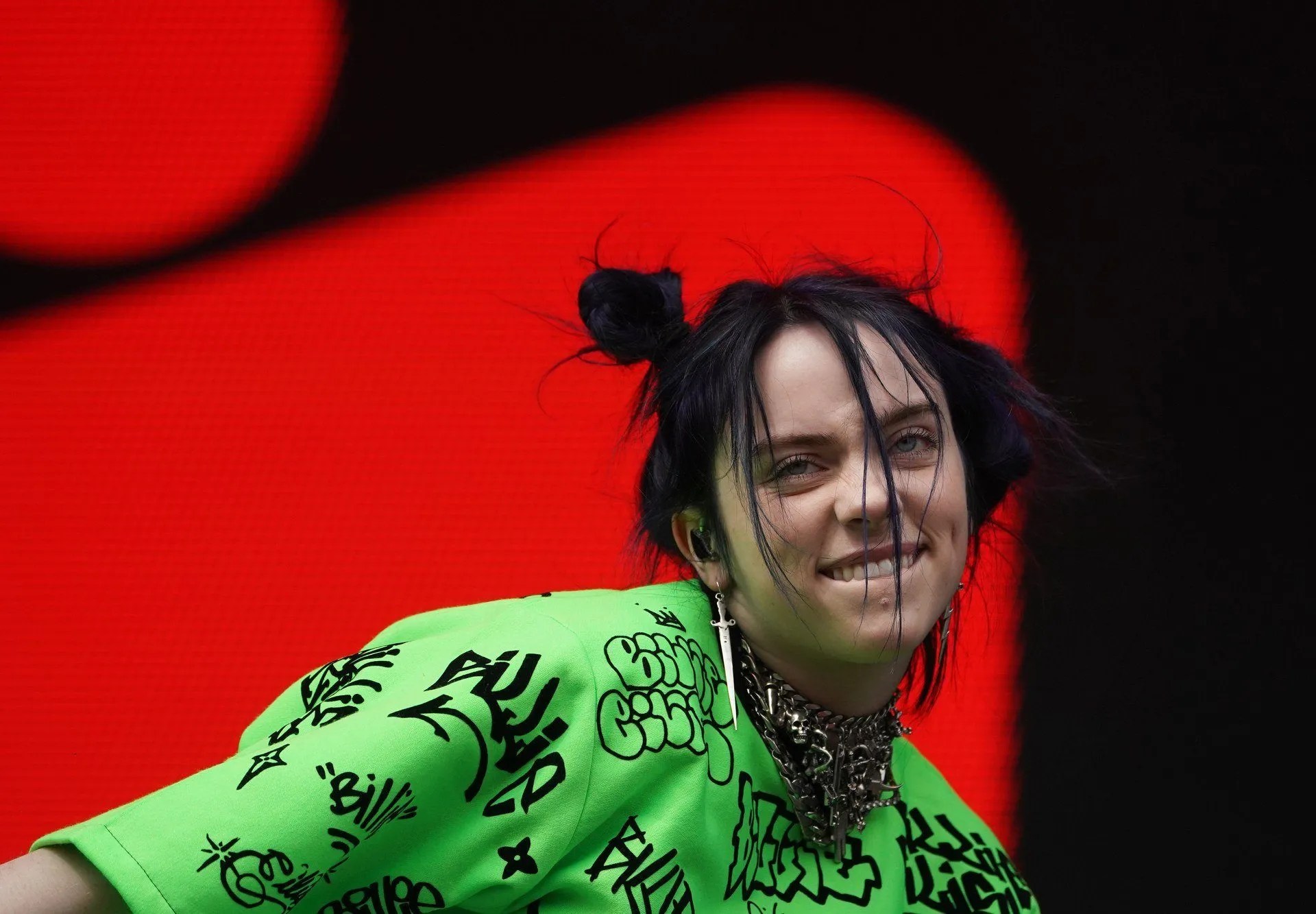 Billie is currently 19 years of age. By now, she’s already achieved massive success that many veterans managed over many decades. Her name resonates with glory, and she does not seem to be stopping any time soon. Billie first began to make headlines after she released her song Ocean Eyes. The song written and produced by her brother Finneas for his band made Billie the person she is. After the pair realized just how good the song turned out to be, they released it in SoundCloud, where it went on to garner widespread acclaim and eventually was bought by Darkroom, a subsidiary of Interscope Records.

Billie Eilish had announced her arrival, and she meant business. From their on, she released her second single, Six Feet Under, which was also a massive success. And following such footsteps, she released songs such as Bellyache, Bored, Watch, Bad Guy Copycat, My Boy, I don’t wanna be you anymore, Wish You were Gay, Bitches Broken Hearts, and You Should See Me In a Crown. The songs Bad Guy and Wish You Were Gay just took Billie’s stardom level to crazy heights. Likewise, she also became the youngest performer to record a soundtrack for the upcoming James Bond Movie, No Time To Die.

To add more glory, she’s embarked on countless tours over the past few years. Her first tour was in 2018 when she set out for her Where’s My Mind tour. She then set out for her When We All Fall Asleep Tour, which began at Coachella Festival in 2019. Her next tour, Where Do We Go? World Tour was set to start on March 9th, 2020, but had to be rescheduled because of the COVID pandemic.

At just eighteen, Billie Eilish has already managed to win some of the best awards in the music industry. As of 2020, Billie has won five Grammys. She won four of them in the 62nd Grammy Award in 2020 for Best New Artist, Record of the Year, Song of the Year, and Album of the Year, making her the youngest person and the first woman artist to win the main four Grammy Categories. She has also won two American Music Awards, Three MTV VMA Awards, One Brit Awards, and has Two Guinness World Records. Safe to say, Billie Eilish is an icon.